Tweet
Lets French!
or
Mastering the Art of Butter 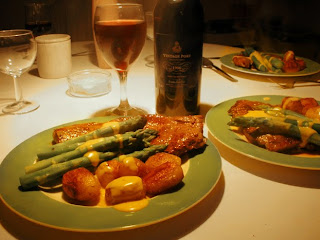 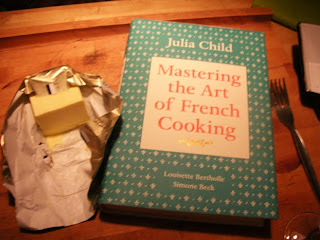 Oh, my!! I think I would want someone to make it FOR me!!! I bet the smell is heavenly!!
Lynn

Hi Lyn, Yes, its nice if you have someone to do the graft, but its totally worth it if you want to impress your dinner guests with your chef-like abilities. Im just back from Paris this evening. Wowee to French food- think I o.d'd on cheese, if such a thing is possible! Thanks for your comment!

Enough butter will make everything tastse good! That sauce is SO worth it, though.

Hey Caroline - it's sad but true - as long as I don't start buttering my rashers, I reckon I'm ok (I do know somebody who does that!) Love your blog by the way

Hey Lucy - was lovely to meet you at Aoife's house on Sat! This is the other Aoife - the one in the leopard-print cardi who drank wine out of a mug ;) Your blog is fab x

Hey Aoife -thanks for stopping by and checking it out. Was lovely to meet you too, Sat night was great fun, will def be picking up some marmite soon - keep in touch x

This looks incredible! Yummington! I am saving up for Julia Child's book as we speak (after watching Julie & Julia of course, which was recommended by my food loving, and secret chick-flick loving boyfriend!). Did you get the hardback version? I'm trying to work out if it's worth the extra money...

I love your blog by the way.

Hi Anna, yes its definitely a good reference book to have in the kitchen. I wouldn't cook from it every day but for the classics its a great guide. I have the hard back version but I'm sure paper back would do just as well as its not something you would use constantly...
Enjoy your journey into French cookery!