The world of Lola-lu’s Kitchen has been quiet online of late, but having been busy this summer with work (both of us) we’ve been taking our holidays late. Lola was off on a Las Vegas California adventure - while I headed to the Wild West (of Ireland!)
Here’a few food highlights from my travels in the van with Delo from around Connemara and Mayo. We’d the most amazing time, staying in some beautiful remote spots with the most incredible views. Travelling in September found some of the more popular spots quite deserted.
We caught and cooked some fish (not the tastiest fish, but we caught it, so by god we ate it!) We gained some fishing advice from an old fisherman on the pier, which gave us the boost we needed after fishing fruitlessly for several hours.

The Connemara Smokehouse  - sitting on the farthest reaches of Ballyconnelly. Populated with a healthy population of seagulls. They run tasting tours with advance notice. The place has a puzzling small chimney for a 'smoke' house! We just called in on Monday morning and bought some fresh organic smoked salmon, which we had for breakfast on brown bread with coffee. It was divine – a lovely subtle smoked salmon that melts in the mouth. They also have a special smoked tuna – maybe not ideal for breakfast but I’ll pick some up next time I’m there.
After a long cycle the following day we bumped into the old fisherman unloading a small currach on the pier, having spent several hours at sea that morning.  I asked him if he’s had a good day and his response was “ah everyday is a good day for me now’ which was just such a wonderful sentiment – expressed so genuinely. After a little chat he asked would we like some crab claws. Of course we said yes and he produced a large crate of crabs and gave us a huge pot full of claws for our dinner, and looked for nothing in return. So happily we set off from the pier and off to False Bay – a spot where my mum used to take us to play in the waves, with huge basket of tuna and egg sandwiches!
We parked up for the night in beautiful sunny solitude. After  a swim in the waves we settled down for the night. We had ‘Chilli con Sausage’ for dinner. Like chilli con carne – but with sausages instead of mince.


After a nice long evening with a fire and a clear sky. We set a pot of crab claws boiling on the fire. After boiling for about 15 minutes, we set about the them. Words will fail me when I try to describe how amazing these were. Wonderful and tender and buttery, melt in your mouth. We added not a thing to these, and I’m pretty sure they couldn’t be improved on in any way. Thank you lovely fisherman, I’m pretty sure this is a food experience I’ll never forget.

We stayed with Delo's relations on their farm in Moycullen in  Galway. They have tons of chickens and we ate some of the most delicious eggs, bright orange yokes, and tasted incredible. Renewed my ambition to own my own chickens asap - they'll love my little balcony honestly!
After nearly loosing Mister (the van) in the sea – we wished him a happy 40th birthday with  a lovely apple cake from Walsh’s Bakery in Cliften, Galway. This is an incredible shop with a huge variety of breads and cakes. We sampled some great bread rolls, a baileys éclair (amazing!) this cake and a good hearty farmhouse loaf. I would highly recommend a visit if you’re in the area, a really top class bakery. 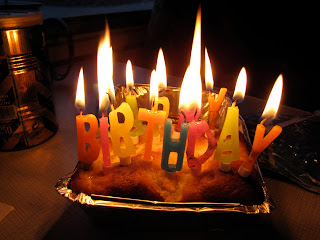 Then as part of Cliften Arts week there was a performance, with glass seahorses suspended from a crane, and about a hundred kids all dressed in costumes of lights. There was dancing, fire juggling, fire hula-hooping, a fire breathing horse, and then a parade of multi-coloured castle towers! An amazing night for a birthday.